This is a great video, even though it is trying to sell you shampoo. Enjoy!

A Simple Guide to Reframing 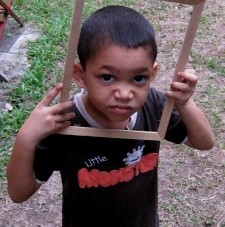 Reframing is a simple, yet powerful way to boost your self esteem, defeat negative self talk and even see events in your life in a clearer way. When something happens in our life, we ascribe meaning to it, whether we are conscious of this or not. Upon investigation, we may find that the event is loaded with beliefs that may be skewing our perception of ourselves of the world around us. Reframing helps bring awareness and perspective to undo any negativity or misperception when an event reflects negatively on up. In short:

Reframing involves changing your perspective on a given situation to give it a more positive or beneficial meaning to you.

Reframing can be used to help remove limiting beliefs, to help appreciate positive moments that you might otherwise miss, or for any other negative thought you would like to change.

Our assumptions help us provide meaning to events that don’t have any inherent meaning. Even when our inner voice has something negative to say, there is a positive intention behind it.

The first step in reframing is to observe your negative thoughts. Keep a thought journal and use the rubber band technique to help you better understand your own internal dialogue.

The second step is to replace the negative thoughts with a more positive one. It helps here to challenge the implied assumptions behind your thoughts.

There are a lot of common negative thought patterns, and you can arm yourself against them in advance.

To read the full piece click on the link: http://feelhappiness.com/reframing-your-thoughts-make-yourself-happier/