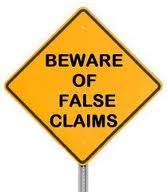 ‘I Don’t Believe in God, but I Believe in Lithium’ My 20-year struggle with bipolar disorder.

from the new york times…

The manila folder is full of faded faxes. The top sheet contains a brief description of my first medically confirmed manic episode, more than 20 years ago, when I was admitted as a teenager to U.C.L.A.’s Neuropsychiatric Institute: “Increased psychomotor rate, decreased need for sleep (about two to three hours a night), racing thoughts and paranoid ideation regarding her parents following her and watching her, as well as taping the phone calls that she was making.”

I believed I had special powers, the report noted; I knew ‘‘when the end of the world was coming due to toxic substances’’ and felt that I was the only one who could stop it. There was also an account of my elaborate academic sponsorship plan so I could afford to attend Yale — some corporation would pay for a year of education in exchange for labor or repayment down the line. (Another grand delusion. I was a B-plus student, at best.) more